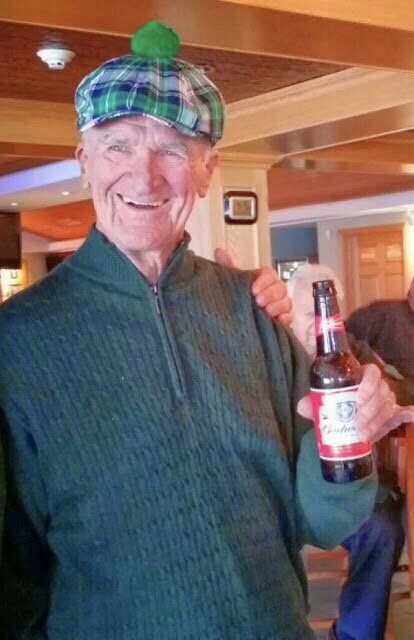 Michael Francis Powers Sr. passed away on December 16, 2018. He was born on October 20,1935 in the downtown section of Manhattan to Michael and Florence (nee Driscoll) Powers.

Michael is predeceased by his parents, and his sister Joan Semon, brother-in-law Richard Semon, and brother in law John Sheridan.

Michael was raised in the Inwood section of Upper Manhattan, where he graduated from Good Shepherd School. He married his wife Rosemary Sheridan at the Good Shepherd Church in 1953.

Michael was a proud Irish American who served in the U. S. Air Force during the Korean War. He worked as a NYC Transit Policeman but ultimately spent his working career as a Plumber & Steamfitter with UA Local 373. He was an active member with The Elks Lodge #877 in Haverstraw, NY.

Services have been arranged through TJ McGowan and Sons in Garnerville NY on Friday December 21, 2018 from 2-4 PM and 7-9PM. A Catholic Mass will be held at 10AM on December 22,2018 at St. Peters Church in Haverstraw NY.

In lieu of flowers, donations can be made to The American Lung Association or Wounded Warriors Project.

To send flowers to the family or plant a tree in memory of Michael "Mickey" Powers, please visit Tribute Store
viernes
21
diciembre