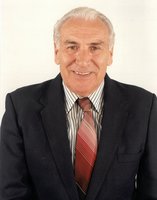 He served in the Italian Carabinieri when he was young, and was proud of his accomplishment. He also retired in 1996 from the North Rockland Central School District where he was employed for many years. He is deceased by his brothers, Vito of Stony Point, NY, Joseph of Italy formerly of Garnerville, NY and predeceased by his older brother, Pietro. He was a very special uncle who made his nieces and nephews laugh. During his spare time, he enjoyed being a Master Pie Man making pizzas at the Nanuet Hotel. He will be sorely missed by all his family including his beloved nieces and nephews.